I've now been on this subject for several posts. With me, it's an exciting month when I'm here once.

The novella I'm doing at the request of StarShipSofa editor Tony C. Smith will be a one-off book with art and illustrations by Skeet Scienski. The sale of that book will be to benefit Spider and Jeanne Robinson. Jeanne has cancer and, even in Canada, the illness and the human complications that come with it have pretty much drained the Robinson's resources.

In the wake of the release of the StarShip's first print venture, Tony thought to put together a long story and the art that both inspired and will, I'm sure, enhance it, bring them together in a book -- One Book -- and sell that single copy to whomever puts up the most money for Spider and Jeanne.

I'm told that person has been identified and the money committed. Thank you whomever you are. 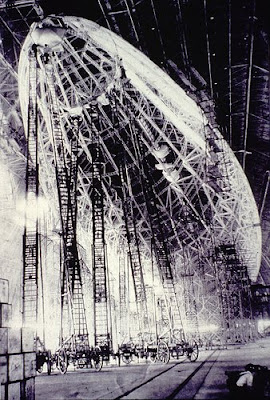 At present the title of the story is: LORD DICKENS'S DECLARATION. Not set in stone but that's how my computer knows it. When finished, LORD DICKENS will probably come in at 10 to 12K words. As mentioned, if you stop by the Starship and listen to Aural Delights 100 and 101 there are reports being posted. I've called them Progress Reports but they're less about progress than they are about process. Progress? A couple words can cover that: 750 words today... 825 yesterday... Cut some. Added a scene... Not very interesting audio.

What I'm doing is an audio diary of where the stuff is coming from as it arrives. For my own sake as well as anyone who's interestd, I'm trying to keep a record of the starts and stops, the surprises, how pissed off I get at myself, how good it feels to actually get through some passages and my ongoing reluctance at times to let something alone! It's about the frustration at my own limitations. Well, Tony wanted this, "warts and all."

In several publications and with all of the audio pieces I've done for the StarShip, I've provided short "making-of" documents. These are about finished products. LITTLE GIRL DOWN THE WAY, for example. I wrote that story in anger because a real little girl died at the hands of a loved one just down the way from my apartment in Chicago. I gave her a voice from the grave, gave her a happy ending. As I mention in that post-script, the story posits the not very original notion that heaven and hell can be the same place -- depending on who you are. That summary was arrived at only after I'd finished the thing, something I realized I was saying only after I'd said it. I could never have included that assessment while progressing with the story.

Does that make me glib? Facile but insincere? Well...

I've said to friends that my writing process is like dumpster diving. It's probably more like (nicer image here) running out a net and seeing what flops out on deck.

Generally, I've no idea where I'm going when I start a project. A whim, a notion, character, an image and I'll start typing. Then things happen from here to...wherethefuckever...then its over. I can be writing in one direction and some sonofabitch on the page says or does something and I'm off in another. Surprise!

Had one the other morning. Eating my Cheerios and the radio plays a song and WHAM... I know this story's going to swerve. It swerves. And I've got a new ending. No, to be honest, I should say, I have an ending!

Glib? I don't know. Bungling off without a roadmap in Storyland certainly makes me less intellectually rigorous than i'd like to think I am. And I suppose, in a nutshell, that's what glib is.

In any event, all I have to do now is finish the thing AND get enough pieces of it to Skeet so he can do his thing.

I'll keep posting Process Reports on the Sofa in hopes that listeners will have an interest in them.

I know I will. 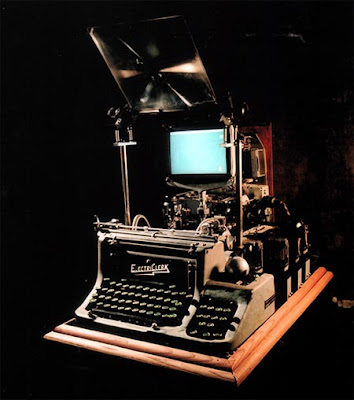 Posted by Larry Santoro at 1:48 PM

"The novella I'm doing at the request of StarShipSofa editor Tony C. Smith will be a one-off book with art and illustrations by Skeet Scienski. The sale of that book will be to benefit Spider and Jeanne Robinson. Jeanne has cancer and, even in Canada, the illness and the human complications that come with it have pretty much drained the Robinson's resources."

Larry, I found your blog thru the StarShipSofa. I have just joined that august group, and even though I am not a writer, I have been a reader and fan of Science Fiction since the 40's. I am a retired US Navy Chief, and make my home on the island of Raiatea in French Polynesia. I remember vividly, the issue of Analog Magazine that contained the novella Stardancers that they wrote as a team. That piece reached out and grabbed me and to this day it remains one of the greatest SciFi stories that I have ever had the pleasure to read. My heart goes out to the Robinsons, I know cancer, My dad died from it, my brother in law, My sister and myself have both been operated on for Colon Cancer and I lost a grandson (fa'amu), last fall with leukemia a child who was only 15. I am now at home in Tahiti, as I was diagnosed and operated on in Portland, OR at the VA Hospital for both skin and colon cancer. My family are Tahitian, and my wife and daughter said that I must return home to be with my family. I had been in the USA for 12 years providing care for my Mom who is 91 and now being taken care of by a great grandson on my Sisters side. I am planning to go to Spider and Jeannes Site and make a donation, and will probably put a note on my Facebook Page, I blog a bit, and have a lot of friends who might help out is they were to know that Jeanne Robinson had cancer. I see where one of your favorite books is Dandelion Wine.. Mine also, I feel in good company. Kindness and compassion seem to be in short supply these days.

Wishin' you and your family, Fair Winds and Following Seas!

Ken,
Thank you so much for your very kind words and for your efforts on behalf of the Robinsons. I, too, remember reading Stardancer in Analog. I was a subscriber to Astounding Science Fiction and to Analog since the 7th grade when the magazine sold for 35 cents (and I had to save for it at that!)

Anyway, I'm rambling but thanks again for stopping by and I hope you enjoy your affiliation with StarShipSofa.

By the way, Ken, since you're a Pacific island guy, you might enjoy Gene Wolfe's THE TREE IS MY HAT. I did an audio adaptation of it for presentation at the World Horror Convention in 2002 and Tony 'cast it on the Starship last year. It's at about Audial Delight #40-something.

All the best,
Larry