The Smell of Clove 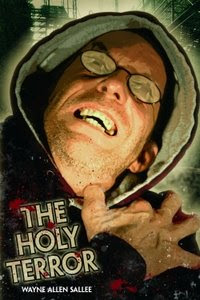 His mind, his body and memory, the hunting ground on which his stories snuffle, lives in those parts of the City where I rarely go: the distant, run-down, wide open, late-at-night places, areas of closed factories, rail sidings, busted bars still open, or nearly open, in dead-headed strip-malls. On his site...click above... he's got a grand tale from his late kidhood about being picked up by what may have been a serial killer.

You can just breathe it in.

I've posted a picture, but Wayne's got them there. And they signify! Fact is...when LORD DICKENS'S DECLARATION is finished and out, I'm going to write a story that Wayne's tale resurrected from my own late adolescence. I can see it now...

Anyway, Wayne is one hell of a writer and if you don't know his work, amend your ways.

As a side-bar... LORD DICKENS progresses. I see the summit in the sun and blowing snow and am trying to figure the best route to the top.

Stop by www.starshipsofa.com this Wednesday. I'm on a roundtable with the people who put together the StarShipSofa Stories book. Well... We had fun recording it.
Posted by Larry Santoro at 12:26 PM