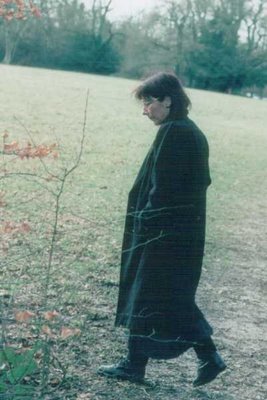 I heard a few days ago. Kelly Goldberg died. Known on the page as d.g.k. goldberg, Kelly was the first member of the Horror Writers Association I met at my first national convention. We spent the evening in the bar of the hotel in Providence, RI. We both had other places to go but, for myself, I couldn't tear away! She was funny, smart, self-effacing, witty, bitchy (in the best southern way) and positively adorable! Who could leave?!

I have no idea why she stuck at the table with me, but it was for none of the reasons above. She was drinking pink things, that was part of it. That, according to her, always allowed a southern woman to say anything she damn-well wanted and still remain a lady.

Over the years we became friends, meeting only at conventions across the country, speaking occasional on the phone. We emailed--sometimes obsessively–on politics, personalities, NASCAR racing (about which she knew everything and I knew nothing!), writing. The range was wide and she was, as always, funny, smart, self-effacing, witty and adorably bitchy (in the best southern way).

We (at Feral Fiction) published one of her last stories, “Tea in Kensington Garden,” ironically a ghost story.

Damn. Kelly makes me wish for ghosts, for real ones.
Posted by Larry Santoro at 12:03 PM No comments:

Just to let the world know, I've been to Bluffton again. My first visit in about 8 years. The place is different; seems tipped. The outsiders have taken it and shuffled their urban upscale reality with the old town, sprinkled it with nostalgia and tried to fit themselves into the pattern. Don't know if it will work. Maybe, come the day, when we run out of cheap energy... Oh enough of that. Go read Jim Kunstler ("The Geography of Nowhere" for example), then project that onto Bluffton. In any event, I finished the story I started before going. I'm not particularly fond of it. We'll see. The title is "Fatty Borgos and the Eternal Wisdom of the Burma Shave People." I think I haven't gotten to the kernel of the story. It probably needs either to be thrown out, gutted and rebuilt or made to be a story sequence.